Casa do Passadiço Modern porcelain design for a contemporary interior

Porcelain from SIEGER by FÜRSTENBERG is more than just elegant dining culture. It also creates sophisticated accents in interior design – like in the interior architecture projects by Casa do Passadiço.

The Portuguese studio is synonymous with luxurious interior design for private residences, yachts and public spaces. Porcelain from SIEGER by FÜRSTENBERG makes for elegant highlights in the extraordinary design projects from Casa do Passadiço, such as for the famous luxury shoe label AQUAZZURA.

With FÜRSTENBERG’s sophisticated requirement for contemporary designs and handcrafted perfection down to the finest detail, its porcelain items blend into Casa do Passadiço’s elegant yet comfortable interior design projects in Europe, the Middle East and the USA.

Just as elegant and impressive as the interior designs by Casa do Passadiço: the vases from the LUNA range and the SIP OF GOLD champagne goblets – both from SIEGER by FÜRSTENBERG.

Classic black and white design meets shiny, 24-carat gold. Sensuous and sculptural, the LUNA vases with their combination of vertical and horizontal stripes blend into the design of luxurious high-end interiors from the Casa do Passadiço studio.

Whether used as a drinking vessel, an elegant desk set or a charming mini vase, the exquisite SIP OF GOLD champagne goblets are shown off almost playfully and with modern versatility by the designers and interior architects.

Casa do Passadiço displays porcelain from SIEGER by FÜRSTENBERG both harmoniously and individually in its contemporary interior designs – an inspiration for interior architects worldwide.

The Casa do Passadiço studio

In 1992 Catarina Rosas opened a showroom in an 18th century mansion called Casa do Passadiço in Braga, Portugal, and thus founded the studio of the same name. Her daughters, Cláudia and Catarina Soares Pereira, joined her and the studio started its work in architecture and interior design, mainly in Portugal, but also in Paris, London, Florence, Milan, Miami, Moscow, LA and New York.

The style of the interior designers Cláudia and Catarina Soares Pereira is one of contemporary elegance and understated luxury. Their work is known to be sophisticated, elegant and at the same time comfortable. 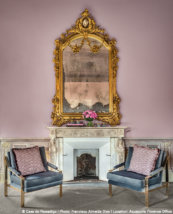 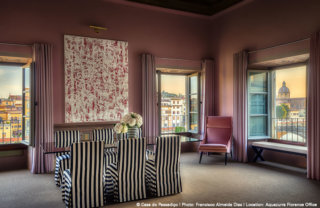 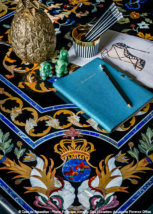 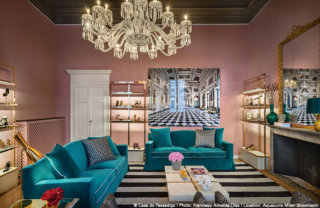 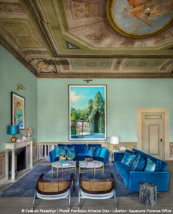 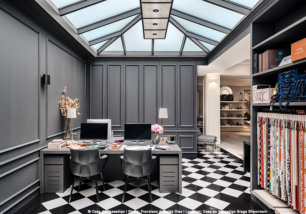 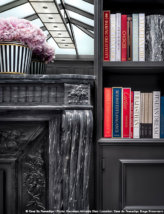 Fürstenberg: Your partner in the field of Interior Design

Your customers expect exclusivity, your institution has achieved something extraordinary or awards a special distinction: Show individual style and recognition with unique porcelain.

It is the craftsmanship and attention to detail, which have been continually perfected over 275 years, that gives FÜRSTENBERG products their special sophistication.