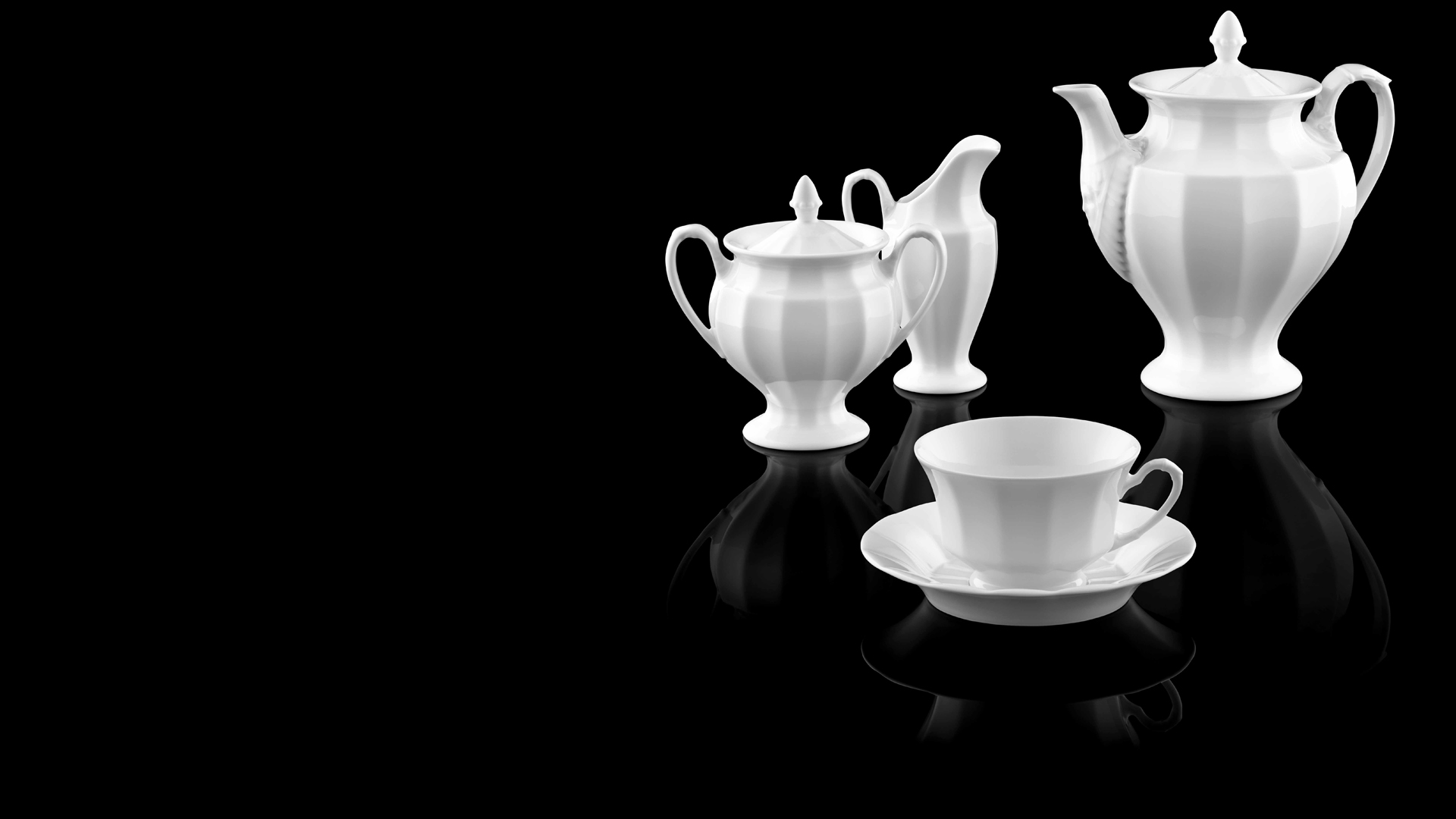 Between 1840 and 1850, the manufactory created GRECQUE as a coffee and tea-set in the contemporary style of Biedermeier. Having augmented the set by tableware, FÜRSTENBERG reintroduced the historical style form back into the collection in 1913. The multiangular shape with elaborately detailed ornamentations on handles, spouts and lid-knobs still has that very enticing romantic touch.

The range in WHITE is a development of Empire with classic elements. However, the polygonally divided surfaces lend the service pieces their typical small Biedermeier character. 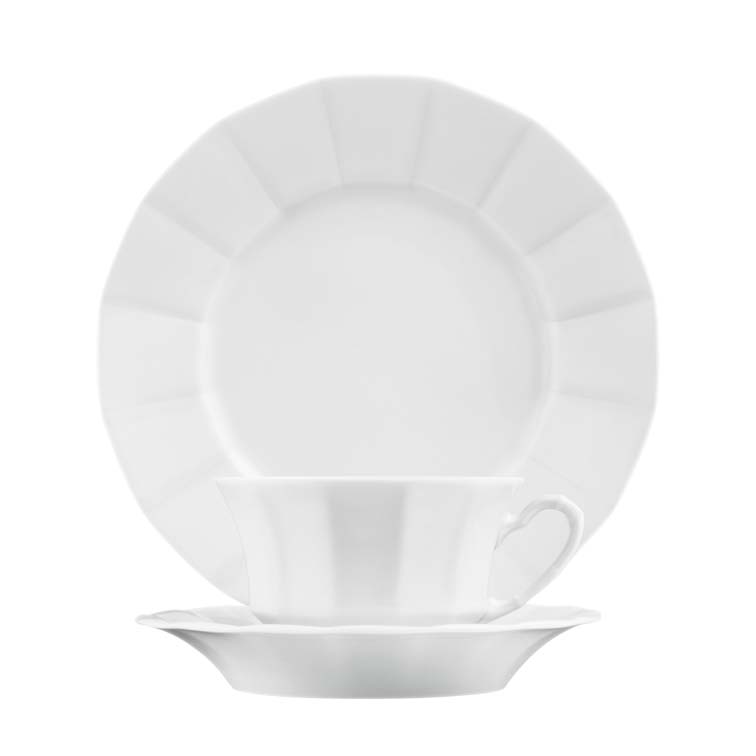 All decors of form GRECQUE

Biedermeier art (around 1820 to 1850) – where the FÜRSTENBERG form GRECQUE was designed – the French style variation of which was called the style of “Louis Philippe” after the so-called “Citizen King”, was typically European. In England, the style of this time was named “Early Victorian” after Queen Victoria. Biedermeier characterizes the lifestyle of the nonpolitical, withdrawn public of the time after the establishment of the New European Order at the Congress of Vienna (1814/15).

A large demand for extensive services arose in this environment. The service model GRECQUE emerged about 1840. The forms of GRECQUE are further developments out of the empire style with classicistic elements. Yet, the polygonal-divided surfaces give the service pieces of GRECQUE the typical, small Biedermeier look. Fine gold lines highlight these surfaces unobtrusively; additionally, the MILLE FLEURS decoration with lightly scattered petals exudes the cheerfulness of a dreamy Biedermeier garden.

Today’s form GRECQUE, which model master Heinrich Franzl had restyled in 1916, has been in collection since then.