FÜRSTENBERG is always looking for cooperation with artists and designers for new influences and inspiration. A team of renowned porcelain painters, modelers and designers has shaped the history of the manufactory. Timeless forms by Wilhelm Wagenfeld, Siegfried Möller and Hans Kollhoff are classics in the range. Just how diverse today’s designer tableware and modern interior design can be is shown by the current collaborations with international designers:

Everything which is perfect in its own way must go beyond its own way.

When furniture designers such as Eva Marguerre and Marcel Besau dare to tackle the demanding material of porcelain with a fascinating design, they need a partner like FÜRSTENBERG who masters the difficult production process perfectly. The result is a unique product: the PLISAGO side table in pleated look is made entirely of high-quality manufactured porcelain. The extravagant designer furniture brings the elegance and sophistication of porcelain to modern living environments and was awarded the German Design Award 2019 in Gold in the Furniture category. 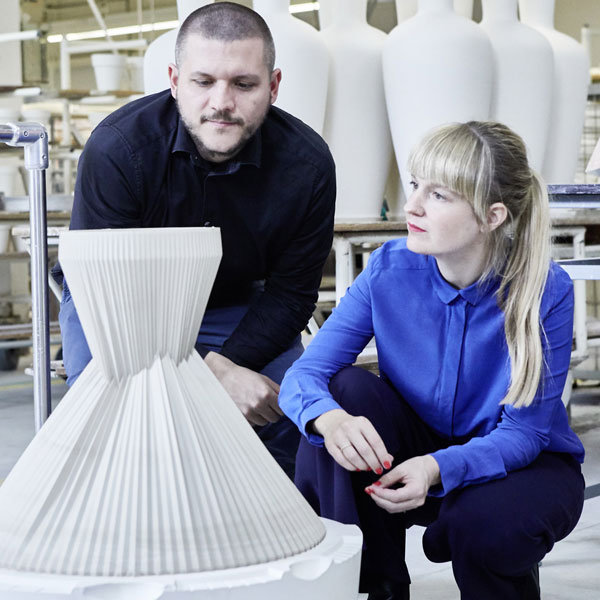 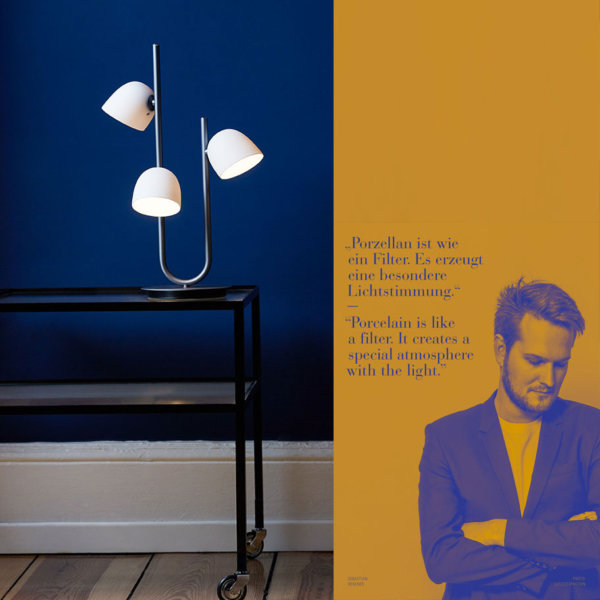 Light and Porcelain
by Sebastian Herkner

Porcelain and home decor don’t just belong together on the laid table. With the MOIRA luminaire series by Sebastian Herkner, MAISON & OBJET designer of the year 2019, FÜRSTENBERG shows that porcelain brings the zeitgeist to life in ever new forms. MOIRA combines modern interior design and traditional craftsmanship. “Porcelain is like a filter. It creates a special lighting atmosphere,” Sebastian Herkner describes the fascination of porcelain as a material. The luminaire series consists of a pendant luminaire in two different lengths, a table luminaire, a wall luminaire and a floor lamp.

The tableware collection FLUEN by Alfredo Häberli is poetry made of porcelain. “It’s about flowing, about shapes. I tried to create very soft lines, actually flowing lines,” says Alfredo Häberli. With two different coloured decors – SHIFTING COLORS and FINE LINES – and various accessories such as two vases, a can and an extravagant tableau, FLUEN is not only an elegant designer tableware, but also modern interior design. FLUEN was awarded the German Design Award 2018. 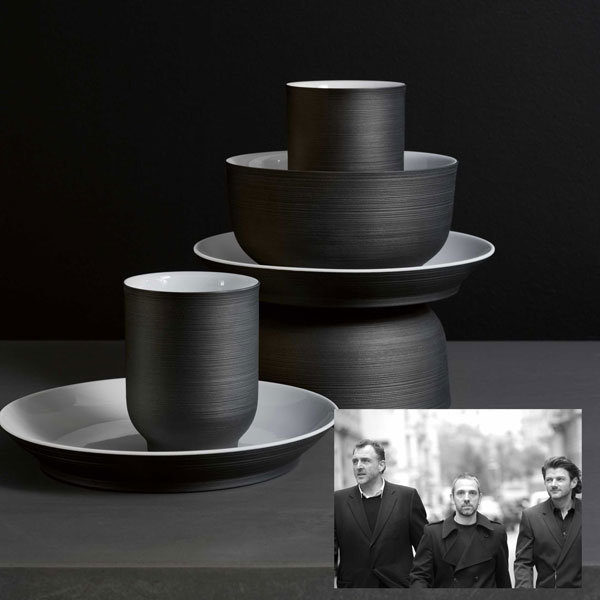 Naturalness and reduction
by EOOS

In a world that spins faster and faster, we long for a piece of immortality and reduction to the essential. With this in mind, the Viennese studio EOOS has developed the designer tableware OMNIA, which is designed to meet all culinary eventualities in a relaxed manner with only four parts. All four articles are matt on the outside and look like finely layered. EOOS was inspired by natural phenomena such as lava flows, glaciers and rock layers. OMNIA received the Red Dot Award 2016 for its high design quality.

Porcelain design and Asian tradition belong inseparably together. In cooperation with one of the most renowned contemporary ceramic masters – the Korean Kap-Sun Hwang – the harmony of Asian design is combined with the perfection of German craftsmanship. The 5-piece bowl set QI combines a silky shimmering effect in delicate blue-green on the smooth inner surfaces with the velvety feel of polished outer surfaces. Kap-Sun Hwang has captured the interplay of sun and moon in the elegant designer tableware AURÉOLE. Both forms were awarded: QI received the coveted “red dot: best of the best” in 2003 and AUÉOLE the reddot award “honourable mention” in 2014. 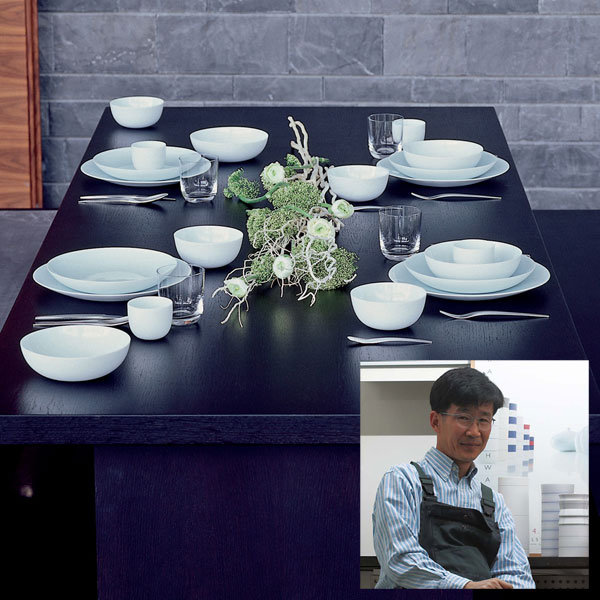 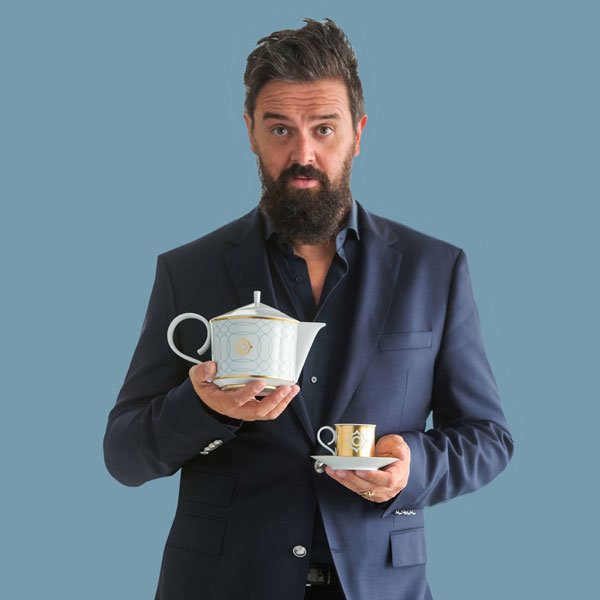 With CARLO, Italian architect and designer Carlo Dal Bianco has created a complete coffee and table service that harmoniously masters the play of contrasts: geometrically precise basic shapes meet playful details, neoclassicism meets modernity, contemporary decors can be individually combined with the elegant white form. The handmade handles on cups, bowls and jugs give the designer tableware by Carlo Dal Bianco a special charm. CARLO is a bridge between tradition and modernity: an elegant service that perfectly corresponds to today’s living environments – between precise performance and sensual joie de vivre.

With the impressions of many journeys and a feeling for patterns and colours, the designer Peter Kempe, who lives in France, creates extravagant decors for FÜRSTENBERG. Each design tells its own story: The ornamental décor RAJASTHAN on the designer tableware CARLO by Carlo Dal Bianco takes you on a sensual journey to the Ancient Orient – it almost seems as if you hear the stamping of the pompous elephants moving in front of the Taj Mahal. With a firework of colours, COLORÉE conjures up the delights of the table in the AURÉOLE form and reminds us of the jungle and the Caribbean with its colourful philodendron leaves in the manner of Matisse and Gauguin. 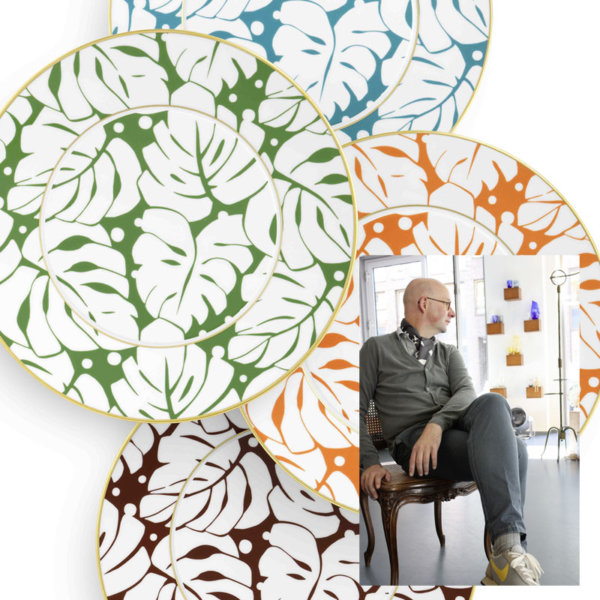 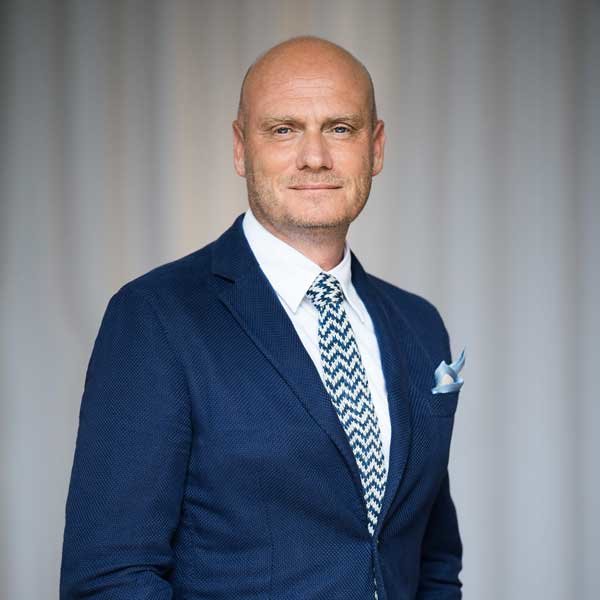 The designer Michael Sieger, who has won international awards, is the creative head of SIEGER by FÜRSTENBERG . After and alongside many successful projects for partners of the sieger design agency, he decided in 2005, together with his brother Christian, to launch his own brand world, SIEGER. In intensive collaboration with FÜRSTENBERG, he created the designer tableware MY CHINA! in addition to numerous unusual and unusual gift items such as the Sip of Gold champagne cups. “We believe that people today are looking for luxury for every day without wanting to sacrifice a high degree of functionality”, Michael Sieger describes the philosophy of his porcelain design. He also initiated the collaboration with the Italian designer and architect Carlo Dal Bianco, in which he took over the role of Art Director in 2008.